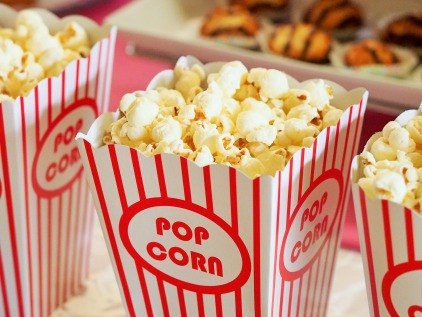 INTERIOR – hospital waiting room with mum. The doctor has just told Becky that her condition is likely to be non-cancerous.

NARRATOR (who is really Becky):  I shared with my mum what had been happening. She told me that she had had one of these appointments and it turned out that she had intraductal papilloma which was removed and she went on her merry way.

Yet another signal that I am okay. Most of these conditions are hereditary right? My mum had the benign condition, I was likely to have that. I’d already consoled myself with the fact that no members of my family had ever had breast cancer, I was fit and generally very healthy. Of course I didn’t have cancer. Why was I tripping?

I heard my name called again, I knew this was to go and see a different radiographer that would scan my breast. I expected that because younger women have denser breast and that made it sometimes difficult for mammograms to get a true picture. The room had a bed to my right and a couple of screens to my left on which held my mammograms images. The Radiographer got straight to the point:

RADIOGRAPHER: On your right breast all is as we would expect. However, on your left breast you have what we call microcalcifications. What we will need to do is perform a biopsy. We will place two titanium clips inside you so we know where we went in. This will make it easier to find the spot.

NARRATOR (who is really Becky): Now, I’ll pause the action there because it was a lot of information right? Yes, it was. Consciously my brain wanted to tackle the notion of these titanium clips in my breasts that apparently wouldn’t go off at airports. However, I was stepping over the injured woman in the road to get the bus driver who was trying to help her. Cognitive dissonance.

“In psychology, cognitive dissonance is the mental discomfort (psychological stress) experienced by a person who simultaneously holds two or more contradictory beliefs, ideas, or values.” Wikipedia

‘I don’t have cancer’ vs ‘this woman just told me she saw microcalcifications in my breast.’

BECKY: So do I have a choice as to whether I have these titanium clips?

NARRATOR (who is really Becky): If this woman was a non-clinical traditional Jamaican grandmother, she might have kissed her teeth and tell me that I would be lucky to have a titty in a few weeks, never mind a couple metal clips. But as luck would have it she wasn’t. Although she displayed a little annoyance at the ignorance of my question.

RADIOGRAPHER: No, you don’t have a choice.

NARRATOR (who is really Becky): I managed to find the words to ask about the microcalcifications. I read just a few days ago that microcalcifications in the breast are sometimes cancer. I remember the word because I thought it was weird that calcium was connected to cancer. Wasn’t calcium the good guy? You know the one we all told we must drink more milk in order to get enough of? I later learned that calcium is the wonderful stuff we all need to make our bones and teeth harder. However, when it is in soft tissue, it hardens and therefore becomes deemed as abnormal. I now know that if my immune system was strong enough it would have fought this abnormality and the cells would most likely not have not reproduced to become cancerous.

I asked “ I know that calcification can sometimes means cancer, so if it’s not cancer, what is it?”

This site uses Akismet to reduce spam. Learn how your comment data is processed.